Retired Metropolitan Police officers are being asked to return to the force as it tries to cope with the coronavirus outbreak in London. 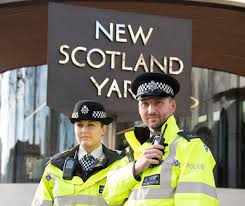 Former PCs and sergeants who left in the past five years are to be offered work in a paid or voluntary capacity. The force also wants those nearing retirement to consider staying on.

Met Commissioner Cressida Dick said: “Demands on us will grow and vary over the coming weeks but I want people to know and see the Met is here for them.” She is writing to retired police constables and sergeants to re-join at those ranks, either on a full or part-time basis.

The latest available Home Office data shows 5,012 Metropolitan Police officers retired in the five years up to March 2019, excluding those who did so on medical grounds.

The force had a total of more than 31,000 officers as of last September. Senior officers may be able to return to service where they bring specific skills and experience.

The Met also wants retired officers to sign up as special constables.

END_OF_DOCUMENT_TOKEN_TO_BE_REPLACED

Five deactivated guns used in several James Bond films and worth more than £100,000 have been stolen in a burglary. 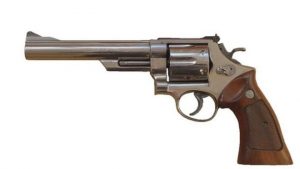 Thieves broke into the back of the property in north London on Monday evening and fled before police arrived.

A Walther PPK handgun used by Roger Moore in A View to a Kill was among those taken from the private collection. The Met described the guns as “irreplaceable”.

Also stolen were a Beretta Cheetah pistol, a Beretta Tomcat pistol, a Llama .22 calibre handgun from Die Another Day, and a Revolver Smith and Wesson .44 Magnum featured in Live and Let Die.

Neighbours described the suspects as white males with eastern European accents who left the scene in Enfield in a silver vehicle.

END_OF_DOCUMENT_TOKEN_TO_BE_REPLACED

A man accused of deadly attacks on mosques in the New Zealand city of Christchurch a year ago has pleaded guilty to 51 charges of murder. 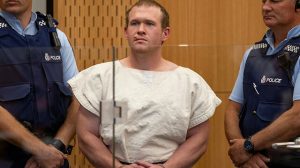 Brenton Tarrant, 29, also admitted the attempted murder of another 40 people, and one terrorism charge. He had previously denied the charges and was due to go on trial in June.

The gun attacks at two mosques sent shockwaves around the world. In the wake of the killings, New Zealand brought in stricter gun laws.

New Zealand is in a state of lockdown due to the coronavirus outbreak and the plea was made at a scaled-down court hearing in Christchurch High Court on Thursday.

No members of the public were allowed in to the hearing and Tarrant, from New South Wales, Australia, and his lawyers appeared via video link.

END_OF_DOCUMENT_TOKEN_TO_BE_REPLACED

The government is considering releasing some offenders from prisons in England and Wales to ease pressures caused by the coronavirus pandemic. 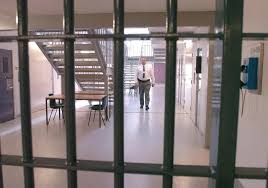 Justice Secretary Robert Buckland said the virus poses an “acute” risk in prisons, many of which are overcrowded.

Some 3,500 prison staff – about 10% of the workforce – were off work on Tuesday because they were ill or self-isolating, a committee of MPs was told. Mr Buckland said releasing some inmates could help to “alleviate” pressures.

The justice secretary told the Commons justice committee he was “keen” to make use of release on temporary licence – where prisoners are let out for short periods, after a risk assessment.

Mr Buckland said he was looking “very carefully” at whether or not 50 pregnant prisoners could be released.

He also indicated some of the 9,000 inmates who are on remand, awaiting trial, could be transferred to bail hostels, if it was safe to do so.

END_OF_DOCUMENT_TOKEN_TO_BE_REPLACED

At least 23 people have died in one of Bogotá’s largest jails after what the authorities are calling a mass breakout attempt amid rising tensions over coronavirus. 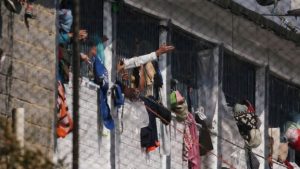 Inmates at prisons across the country held protests on Sunday against overcrowding and poor health services during the coronavirus outbreak. The justice ministry is investigating.

Ms Cabello said 32 prisoners and seven guards were in hospital. Two guards are in a critical condition. She said the violence was a coordinated plan with disturbances reported across 13 of the country’s prisons.

Denying claims of unsanitary conditions amid fears of a coronavirus breakout, she said: “There is not any sanitary problem that would have caused this plan and these riots. “There is not one infection nor any prisoner or custodial or administrative staffer who has coronavirus.”