The Islamic State group has released a video of a man it says is its leader, Abu Bakr al-Baghdadi, vowing to seek revenge for its loss of territory. 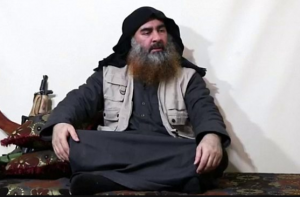 He has not been seen since 2014, when he proclaimed from Mosul the creation of a “caliphate” across parts of Syria and Iraq.

In this new footage, Baghdadi acknowledges defeat at Baghuz, the group’s last stronghold in the region. It is not clear when the video was recorded. IS says it was shot in April. The footage was posted on the militant group’s al-Furqan media network.

A US State Department spokesman said the tapes would be inspected by analysts to ascertain their authenticity, adding that the US-led coalition remains committed to ensuring any IS “leaders who remain are delivered the justice that they deserve”.

Baghdadi says that he has had pledges of allegiance from militants in Burkina Faso and Mali, and talks about the protests in Sudan and Algeria – saying jihad is the only solution to “tyrants”. Both countries have seen their long-term rulers overthrown this month.

END_OF_DOCUMENT_TOKEN_TO_BE_REPLACED 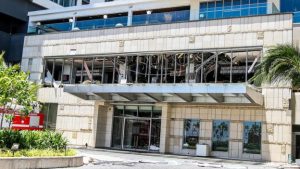 Mr Sirisena said Zahran Hashim, a radical preacher, died at the Shangri-La hotel in the capital, Colombo. He said Hashim led the attack on the popular tourist hotel, accompanied by a second bomber identified as “Ilham”.

At least 250 people died in the wave of bombings on Sunday, which targeted churches and hotels in Colombo.

Mr Sirisena also said that Sri Lankan intelligence services believed around 130 suspects linked to Islamic State (IS) group were in the country and that police were hunting 70 who were still at large. The president did not clarify what role Hashim took in the Shangri-La bombing – one of six attacks on Sunday that terrorised Sri Lanka.

END_OF_DOCUMENT_TOKEN_TO_BE_REPLACED

Police recorded 40,829 offences involving knives or sharp instruments in 2018, up 6% on the year before. 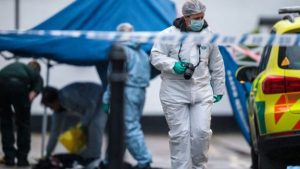 Office for National Statistics figures show cases of murder and manslaughter, excluding terror attacks, also rose by 12%. There were 732 killings, up from 655 in 2017 – the highest since 2007. But the separate Crime Survey, based on people’s experiences, points to no significant change in overall crime.

The police-recorded knife crime figures come amid a national debate on the issue, following a spate of assaults and killings involving young people. They show these recorded offences are continuing to rise and are at their highest level since 2011 – the year that knife crime statistics started to be gathered in a unified way. However, they also show the rate of increase appears to be slowing. Offences rose 9% in the 12 months to September 2018 – after a 13% rise in the 12 months to June 2018.

According to the statistics, there was an increase in knife offences recorded in 31 of the 43 police forces in 2018.

END_OF_DOCUMENT_TOKEN_TO_BE_REPLACED

North Korean leader Kim Jong-un has arrived in the far east of Russia for a summit with President Vladimir Putin. 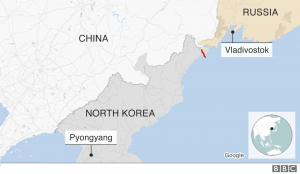 Mr Kim arrived by train in the Pacific Coast city of Vladivostok for his first talks with the Russian president, which are expected to start on Thursday. He was welcomed by officials with a traditional offering of bread and salt.

Russia says they will discuss the Korean peninsula’s “nuclear problem” but Mr Kim is also said to be seeking support after talks with the US failed.

US President Donald Trump and Mr Kim met in Hanoi earlier this year to discuss North Korea’s nuclear weapons programme but the summit – their second – ended without agreement.

The North Korean leader greeted Russian officials warmly on his arrival in Vladivostok.

END_OF_DOCUMENT_TOKEN_TO_BE_REPLACED

Sri Lanka has held its first mass funeral amid a day of mourning for the victims of Sunday’s bomb blasts. 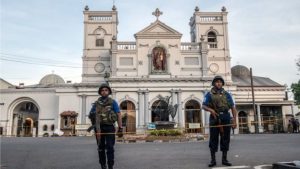 The death toll from the attacks on churches and hotels has risen to 321 with about 500 wounded, police said.

A state of emergency is in effect to prevent further attacks.

The Islamic State (IS) group claimed the attack on Tuesday via its news outlet. Sri Lanka’s government has blamed the blasts on local Islamist group National Thowheed Jamath (NTJ).

The country’s prime minister, Ranil Wickremesinghe, said the government believed there “may be links” to IS. “This could not have been done just locally,” he said. “There had been training given and a coordination which we are not seeing earlier.”

The IS statement should be treated cautiously. As with previous attacks that the group says it carried out, it has provided no evidence for the claim.