The Russian foreign ministry has called for the expulsion of 35 US diplomats in response to a similar move by Washington. 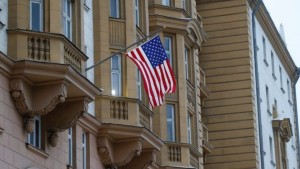 Foreign Minister Sergei Lavrov said the request had been made to President Vladimir Putin.

The Obama administration expelled 35 Russian diplomats and their families over alleged Russian hacking during the US election campaign. Russia denies any involvement and calls the US action “ungrounded”.

Under the US action taken on Thursday:
Thirty-five diplomats from Russia’s Washington embassy and its consulate in San Francisco were declared “persona non grata” and given 72 hours to leave the US with their families.
Two compounds said to have been used by Russian intelligence services in New York and Maryland will be closed.
Sanctions were announced against nine entities and individuals including two Russian intelligence agencies, the GRU and the FSB.

END_OF_DOCUMENT_TOKEN_TO_BE_REPLACED

Sentries at Faslane naval base were ordered to shoot suspected intruders after three people broke into a nuclear submarine, cabinet papers show. 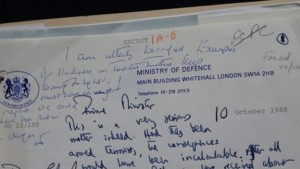 PM Margaret Thatcher, who was told of the order, said she was “horrified” that the intrusion had succeeded. The papers are among records filed in 1989 and 1990 and released on Friday. They also include a letter from Mrs Thatcher to Saddam Hussein, asking for clemency for British nurse Daphne Parish, who was accused of spying.

Details of how a magistrate from Hampshire persuaded Mrs Thatcher to change the law on so-called “acid house” parties are also revealed in the annual Cabinet Office release, by the National Archives in Kew.

Three anti-nuclear demonstrators successfully cut through the perimeter fence at Faslane, on the Clyde, in the early hours of 10 October 1988.

Mrs Thatcher was told of the incident later that day, in an MoD memo that said “there was absolutely no risk of a nuclear explosion or radiation”. But Mrs Thatcher – writing by hand on the papers, which were marked “secret” – said: “I am utterly horrified. Examples of slackness in sensitive matters keep coming to light.” The demonstrators went through an open submarine hatch to reach the control room of HMS Repulse, a ballistic missile submarine, where they sprayed anti-nuclear slogans before being arrested. A fourth demonstrator attempted to swim into the base, but was caught.

END_OF_DOCUMENT_TOKEN_TO_BE_REPLACED

Russian President Vladimir Putin says Russia is “stronger than any potential aggressor” because it has modernised its nuclear missiles and other forces. 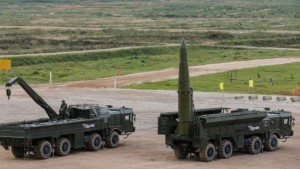 He also said the US withdrawal in 2001 from the Anti-Ballistic Missile (ABM) Treaty had “created the conditions for a new nuclear arms race”. The US-Soviet ABM Treaty was signed in 1972. Mr Putin was speaking at his big, set-piece, annual press conference. “It’s no secret we’ve worked hard to improve our missile forces,” he said.

Since the US pulled out of the ABM Treaty, he said, “we have had to modernise our offensive systems”. But he also acknowledged that the US military was the strongest in the world. “If anyone is unleashing an arms race it’s not us,” he said. “We will never spend resources on an arms race that we can’t afford.”

Commenting on the victory of President-elect Donald Trump in the US, Mr Putin dismissed the Obama administration’s allegations about a Russian hand in the hacking of Democratic Party computers during the campaign. “I’ve said before that the losing side is looking for people to blame outside. They would do better to look for the problems among themselves.” He noted that the Democrats had lost ground in congressional elections as well. “So that’s my work too?” he railed.

END_OF_DOCUMENT_TOKEN_TO_BE_REPLACED

A Libyan domestic flight carrying 118 people has landed at Malta International Airport after being hijacked. 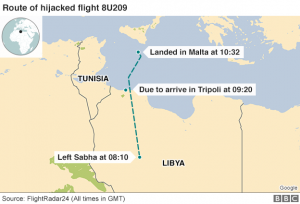 The Airbus A320 was flying inside Libya for Afriqiyah Airways when it was diverted. There were two hijackers involved, who threatened to blow up the plane, according to initial reports.

Maltese Prime Minister Joseph Muscat said that security forces were standing by at the airport. The deputy mayor for Lija in Malta, Madga Magri Naudi, said that the hijackers had yet to make demands. She further added: “The request has not been made. This is a problem: we do not know what their requests are at the moment.”

Darrin Zammit Lupi, a Reuters news agency photographer based in Malta, reported he could see a number of soldiers and special forces vehicles at the scene. Ms Magri Naudi said paramedics and soldiers were standing by to see “what the next step is”. A special committee meeting was taking place to address the situation, she added.

In the meantime, Malta International Airport has been closed and all flights have been diverted. The airport said emergency teams had been dispatched. 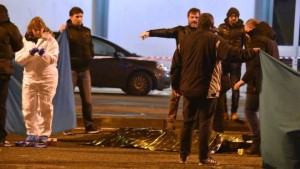 The man, who opened fire on police who asked him for ID during a routine patrol in the Sesto San Giovanni area in the early hours of Friday, was “without a shadow of a doubt” Anis Amri, Marco Minniti said.

One police officer was injured in the shootout but his life is not in danger.

When police stopped the suspect, who was on foot, at 03:00 (02:00 GMT), he “immediately drew out a gun”, Mr Minniti said. Officer Cristian Movio was injured in the shoulder. His junior colleague, Luca Scata, who has been in the police for just nine months, was the one who fired the shot which killed Amri.