Punjab’s Home Minister Shuja Khanzada has been killed in a suicide attack in the Pakistani province, police say. 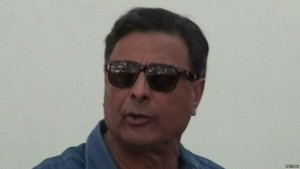 Twelve other people died in the attack at Mr Khanzada’s office in District Attock, about 80km (50 miles) north-west of the capital, Islamabad.

Mr Khanzada was seen as the man in charge of the anti-terror campaign in Pakistan’s biggest province.

A Sunni militant group with ties to al-Qaeda has said it ordered the attack.

Lashkar-e-Jhangvi said it was in response to last month’s killing of its leader, Malik Ishaq. Shuja Khanzada is the most senior Pakistani politician to have been killed by militants this year.

The minister’s death is being seen as a significant blow to Pakistan’s recent gains in the fight against militancy and extremism, says the BBC’s Shahzeb Jillani in Islamabad.

Questions are being asked about his security as the home minister had reported threats made against him. Mr Khanzada was meeting supporters in his hometown of Attock when a large bomb exploded, causing the roof to cave in, trapping dozens under the rubble.

Leading tributes to the home minister, Prime Minister Nawaz Sharif said: “The courage and valour of Shuja Khanzada is message to the masterminds of terrorists that they are bound to be defeated.” Lashkar-e-Jhangvi has been behind some of the most violent attacks in recent years. It was banned in Pakistan in 2001 and designated a terrorist group by the US in 2003. It has claimed the killings of hundreds of mainly Shia civilians in Pakistan.

The massive explosions in China’s northern city of Tianjin are now known to have killed at least 50 people. 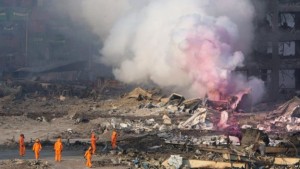 More than 700 have been injured and hospitals are struggling to cope with the number of casualties.

The blasts, at a warehouse storing toxic chemicals, destroyed tower blocks and burned out thousands of cars. The fireball could be seen from space.

Twelve firefighters are among those who lost their lives; 36 of their colleagues are still missing.

Tianjin is one of China’s most important industrial centres, and one of the busiest ports in the world.

President Xi Jinping has promised a thorough investigation into what happened and “transparent information disclosure to the public,” Xinhua news agency reports.

The first explosion occurred at about 23:30 local time (15:30 GMT) on Wednesday in Tianjin’s Binhai New Area, a vast industrial zone which houses car factories, aircraft assembly lines and other manufacturing and research firms. The blast was followed seconds later by another, more powerful blast, and a series of smaller explosions.

Broken and buckled shipping containers litter the site and vast areas of the port have been devastated. Buildings within a 2km radius (1.5 miles) had windows blown out and office blocks were destroyed. The impact of the blasts could be felt several kilometres away, and was detected by a US Geological Survey monitoring unit in Beijing 160km (100 miles) away.

END_OF_DOCUMENT_TOKEN_TO_BE_REPLACED

At least 59 people have been killed after a truck bomb exploded in north-eastern Baghdad, Iraqi officials say. 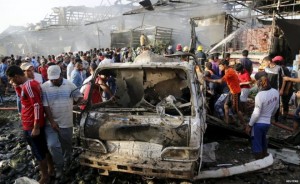 The blast tore through the crowded Jameela market in the predominantly Shia district of Sadr City.

The Sunni jihadist group, Islamic State (IS), said it was behind the bombing and that it targeted Shia militiamen.

Meanwhile, medics say more than 20 civilians died when bombs dropped by the Iraqi air force hit a maternity and children’s hospital in Falluja.

The city lies west of Baghdad and has been controlled by IS since January 2014.

The violence comes after a top American general said the US should consider embedding American troops with Iraqi forces if progress was not made in the fight against IS.

Raymond Odierno, the army’s outgoing chief of staff, told reporters that such forces would have a support rather than a combat role.

END_OF_DOCUMENT_TOKEN_TO_BE_REPLACED

A man who tricked high-ranking judges into thinking he was a solicitor has been sentenced to 16 months in prison. 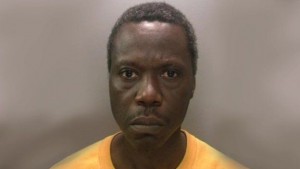 Birmingham Crown Court heard Mohammed Kabba falsely claimed to be a lawyer and intervened in an immigration case.

The judge said Kabba, 52, of Coventry Road, Birmingham, had committed such serious offences, only a custodial sentence would suffice.

Kabba had denied perverting the course of justice by pretending to be a lawyer acting on behalf of a migrant.

The court heard he had lied to both a High Court judge and an Appeal Court judge. Kabba had pretended to be a solicitor representing the migrant, Edith Asoluka, when, in February 2013, he telephoned High Court judge Mr Justice Sir John Mitting at night to make an out-of-hours legal application.

When the judge ruled against him, he then called Court of Appeal judge Sir Stephen Price Richards but was again turned down. The court heard he sowed enough confusion with Home Office officials that Miss Asoluka was not deported for almost another month.

The over-staying migrant, whom Kabba claimed to be representing, was taken off a plane to Nigeria after Kabba faxed false case details to Home Office officials.
Sentencing Kabba, Judge Melbourne Inman QC told him his actions had undermined the rule of law. He said: “Any acts which tend to pervert the course of justice strike at the heart of justice and at the heart of what lies in a democratic society. “You deliberately lied to a judge of the High Court and a judge at the Court of Appeal.”

END_OF_DOCUMENT_TOKEN_TO_BE_REPLACED

The UK is to make a formal protest to the government of Ecuador over the country’s decision to “harbour” Julian Assange, the Foreign Office has said. 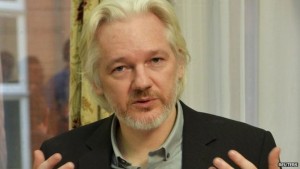 The Wikileaks co-founder sought asylum at London’s Ecuadorean embassy in 2012 to avoid extradition to Sweden.

The British Ambassador in Quito, Ecuador’s capital, is to make the formal protest to the Ecuadorean government on Thursday. “Ecuador must recognise that its decision to harbour Mr Assange more than three years ago has prevented the proper course of justice… It is completely unacceptable that the British taxpayer has had to foot the bill for this abuse of diplomatic relations,” said Foreign Office minister Hugo Swire. Mr Swire said the UK “continues to have a legal obligation” to extradite Mr Assange over the rape allegation. “I have instructed our ambassador in Quito to reiterate to Ecuador that the continuing failure… to bring this situation to an end, is being seen as a growing stain on the country’s reputation,” he added.