A man who lent his flat to two jihadists involved in the November 2015 Paris attacks has been sentenced on appeal to four years in prison. 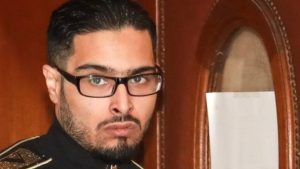 Jawad Bendaoud, 32, was accused of harbouring Abdelhamid Abaaoud and Chakib Akrouh following the killings. He denied knowing they were attackers. He was cleared at the trial in 2018, but prosecutors immediately appealed.

The Islamic State group said that it was behind the attacks on the national stadium, bars and restaurants in the city, as well as the Bataclan concert venue on 13 November 2015.

Bendaoud, a drug dealer and small-time criminal, was sentenced on Friday.

The verdict by the Paris Court of Appeal comes after the prosecution successfully argued that Bendaoud had harboured criminals at his flat in Saint Denis, in the north of the French capital.

END_OF_DOCUMENT_TOKEN_TO_BE_REPLACED

A suspected gunman has been arrested in the grounds of St Paul’s Cathedral. 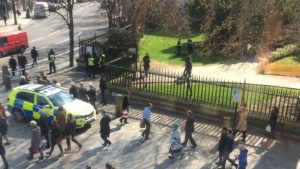 A man pointed a weapon at security staff and pulled the trigger but no bullet was fired. He then ran off, hiding the gun in a bush before being detained.

The incident is not thought to be terror-related, City of London Police said.

The force cordoned off an entrance to the cathedral grounds on Paternoster Row.

A spokeswoman said officers arrested a man at 12:05 GMT “who we believe was in possession of a firearm in the grounds of St Paul’s Cathedral”.

A former French intelligence officer linked to a plot to kill an opponent of Congo-Brazzaville’s president has been found shot dead. 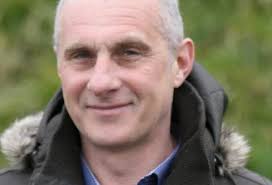 Daniel Forestier’s body was found with five bullet wounds to the head and heart in a remote car park on the shores of Lake Geneva. He had worked in the General Directorate of External Security, France’s equivalent of Britain’s MI6.

French police say they are treating the killing as a professional hit.

In September, Mr Forestier was charged – together with a former directorate colleague – of plotting to kill General Ferdinand Mbaou, the former head of Congo’s presidential guard. Gen Mbaou, seen as an opponent of President Denis Sassou Nguesso, has been living in France for 20 years. Three years ago he survived being shot in the back.

Mr Forestier, the author of several spy novels, had denied being involved in any plot against Gen Mbaou, but French police believe there may be a link between that and Mr Forestier’s brutal killing.

END_OF_DOCUMENT_TOKEN_TO_BE_REPLACED

Special forces have arrested an alleged Islamic State (IS) group supporter in the Austrian capital Vienna, who is believed to have tried to derail trains in neighbouring Germany. 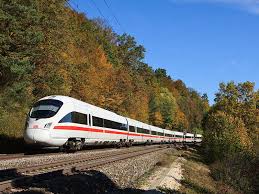 The 42-year-old Iraqi national is thought to have twice put obstacles on rail tracks last year.

Flags for the IS group and writings in Arabic were found nearby, prosecutors said.

German and Austrian investigators are now questioning the man in Vienna.

Local newspaper Kronen Zeitung reports the father of five served for 15 years in the Iraqi army. He was living in Austria as a refugee and worked for a security company, it says.

Prosecutors believe that in October last year, he and others strung a steel cable over tracks between the German cities of Munich and Nuremberg which damaged the windshield of an Inter City Express train.

END_OF_DOCUMENT_TOKEN_TO_BE_REPLACED

The Pentagon has authorised the transfer of $1bn (£758m) to army engineers for new wall construction along the US-Mexico border. 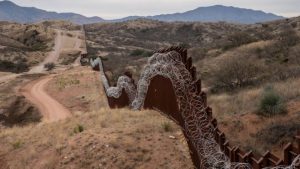 The funds are the first under the national emergency declared by President Donald Trump to bypass Congress and build the barrier he pledged during his election campaign.

Democrats have protested against the move.

The funds will be used to build about 57 miles (91km) of fencing.

President Trump has called the situation at the southern border a “crisis” and insists a physical barrier is needed to stop criminals crossing into the US. His critics say he has manufactured the border emergency.

A Pentagon statement said acting US Defence Secretary Patrick Shanahan had “authorised the commander of the US Army Corps of Engineers to begin planning and executing up to $1bn in support to the Department of Homeland Security and Customs and Border Patrol”.