A village in Germany has voted to keep a controversial church bell embossed with a swastika and the words “All for the Fatherland – Adolf Hitler”. 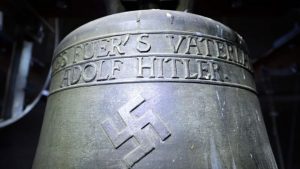 The parish council of Herxheim argued that the Nazi-era bronze bell acted as a reminder for the nation’s dark past.

The 10-3 vote on Monday rejected an offer to remove and replace the bell by the Protestant Church of St James.

Some parishioners were alarmed to find they had been married or had baptised their children under the “Hitler bell”.

The local parish council said the Nazi-era relic, which has hung in the church since 1934, should stay as “an impetus for reconciliation and a memorial against violence and injustice”, AFP news agency reports.

A memorial pointing to the controversial 240 kg (530 pounds) bell’s history will now be fixed on the 1,000-year-old heritage-listed church, the Jakobskirche.

END_OF_DOCUMENT_TOKEN_TO_BE_REPLACED

North Korea has been sending equipment to Syria that could be used to make chemical weapons, a UN report says. 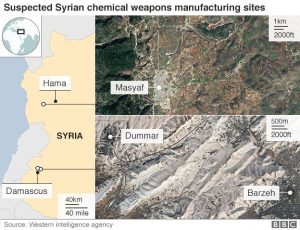 Some 40 previously unreported shipments were made between 2012 and 2017, the report found. Materials included acid-resistant tiles, valves and pipes. The report – yet to be released – said N Korean missile specialists had been seen at Syrian weapon-making centres. The allegations follow new reports of chlorine being used by Syrian forces, which the government denies.

Meanwhile, air strikes were heard in the Eastern Ghouta region outside Damascus as a second daily pause in fighting was due to get under way to allow in relief aid.

Aid was unable to enter the rebel-held region on Tuesday – the first of the five-hour “pauses” in fighting – after clashes continued. Activists blame government air and artillery strikes, while Russia said rebels had shelled a “humanitarian corridor” meant to let civilians leave.

But a confidential report, compiled by a UN Panel of Experts which assesses North Korea’s compliance with UN resolutions, found evidence of illicit supplies sent to Syria. The report details the “innovative evasion techniques” used by North Korea to send items such high-heat, acid-resistant tiles, corrosion-resistant valves and thermometers.

END_OF_DOCUMENT_TOKEN_TO_BE_REPLACED

A Slovak investigative journalist and his partner have been murdered in a suspected assassination linked to the journalist’s work. 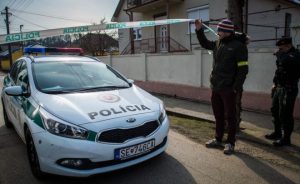 Jan Kuciak, 27, and Martina Kusnirova were shot dead at the weekend at home in Velka Maca, a village 65km (40 miles) east of the capital Bratislava. It was “most likely related to the journalist’s investigative work”, a police commander said.

There were protests last year over Interior Minister Robert Kalinak’s alleged business dealings with a property developer. The minister denied wrongdoing and an investigation into suspected fraud was dropped.

The killings prompted Prime Minister Robert Fico to convene an emergency meeting with security chiefs, including Mr Kalinak. “If it is proven that the death of the investigative reporter was connected with his journalistic work it would be an unprecedented attack on freedom of speech and democracy in Slovakia,” Mr Fico said.

END_OF_DOCUMENT_TOKEN_TO_BE_REPLACED

Saudi Arabia has sacked its top military commanders, including the chief of staff, in a series of late-night royal decrees. 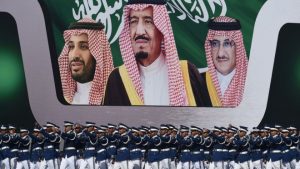 Saudi King Salman also replaced the heads of the ground forces and air defences. The news was published by the official Saudi Press Agency (SPA), but no reason for the sackings was given. They come as the war in Yemen, where a Saudi-led coalition is fighting rebels, is nearing the end of its third year.

Crown Prince Mohammed bin Salman, who is also the defence minister, is believed to be behind various recent shake-ups in the country.

Last year dozens of prominent Saudi figures, including princes, ministers and billionaires, were locked up in Riyadh’s five-star Ritz-Carlton hotel as the prince led a drive against corruption and abuse of power.

This is another sweeping overhaul of Saudi institutions that has become the hallmark of the reign of King Salman, although the driving force is once again his son and heir, Crown Prince Mohammed bin Salman.

END_OF_DOCUMENT_TOKEN_TO_BE_REPLACED

An Iraqi court has sentenced at least 15 Turkish women to death by hanging, after they were found guilty of joining the Islamic State group (IS). 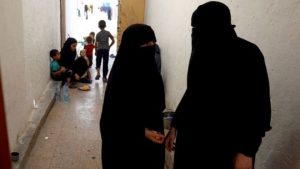 Some reports say 16 women were handed the death penalty, while others say one was jailed for life.

The women confessed to marrying IS fighters or providing the group “with logistical aid or helping them carry out terrorist attacks”, the judge said.

Thousands of foreigners have fought and died for IS in Iraq and Syria.

The Iraqi government declared its war against the group over in December. While IS has been driven from its major strongholds, militants have continued to carry out suicide bombings and other attacks.

The women, said to be aged between 20 and 50, appeared dressed in black at the central criminal court in Baghdad on Sunday. Four had young children with them.