Violent crime recorded by police in England and Wales has risen by 19%, latest figures show. 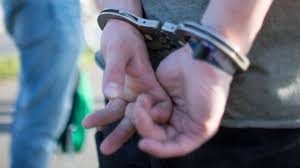 Robbery went up by 17%, as did recorded sexual offences, according to the Home Office data released by the Office for National Statistics (ONS). The figures cover the 12 months to the end of September 2018.

Overall crimes recorded by police went up by 7% in that period, with a total of 5,723,182 offences recorded.

There has also been an increase in stalking and harassment offences recorded by police, which have risen by 41%. The ONS said it was likely that improvements in the way such crimes are recorded were likely to be behind the rise.

On homicide, statisticians said the increase continues an upward trend that has been seen since March 2014, indicating a change to the long-term decrease over the previous decade. The homicide figures exclude victims of terrorism attacks in England and Wales. The police-recorded figures on violent crime were looked at alongside information from the NHS, which showed there had been:

A lot of these crimes, which the ONS describes as “lower-volume, higher-harm types of violence”, happened in London and other major cities. The Home Office statistics are published at the same time as the Crime Survey for England and Wales, which is based on people’s experiences of crime. The survey includes crimes that people do not report to police.

The only main crime type that showed a change in the 12-month period, according to the survey, was computer misuse – including crimes involving scams and computer viruses – which went down by 33%.

Helen Ross, from the ONS centre for crime and justice, said: “In recent decades we’ve seen the overall level of crime falling, but in the last year, it remained level. “There are variations within this overall figure, depending on the type of crime. Burglary, shoplifting and computer misuse are decreasing but others, such as vehicle offences and robbery, are rising. “We have also seen increases in some types of ‘lower-volume, high-harm’ violence including offences involving knives or sharp instruments.”

Home affairs correspondent Danny Shaw said the figures painted a “pretty bleak picture” and there were a number of possible reasons for the increase in violent crime. “The Home Office has said that it’s linked to the drugs market and the fact that cocaine, in particular, is now more readily available in this country,” he said. “The price of it has come down, the purity has gone up, and that is increasing the tension between drug gangs, which spills across to the streets. “We’re also seeing in these homicide statistics that there have been more domestic killings.

That obviously isn’t explained by the drugs market but there could be other factors – social factors, could it be to do with the fact there’s been a decrease in the number of police officers in the past seven or eight years? “These are some of the theories being put out there, but there’s no simple explanation.”