America’s most senior general met Taliban peace negotiators on Tuesday to urge a reduction in violence, the US military said. 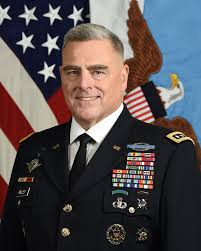 Mark Milley, the chairman of the joint chiefs of staff, met negotiators in Doha, Qatar, before flying to Kabul to meet Afghan President Ashraf Ghani. The Taliban and the Afghan government are holding peace talks in Doha.

Senior US officials have warned publicly that an increase in Taliban violence is endangering the talks. The US is drastically reducing the number of its troops in the country ahead of the end of the Trump administration in January.

A spokesperson for the military said Gen Milley had “discussed the need for an immediate reduction of violence and accelerate progress towards a negotiated political solution which contributes to regional stability and safeguards US national interests”.

According to the Associated Press, Gen Milley told a select group of reporters on the trip: “The most important part of the discussions that I had with both the Taliban and the government of Afghanistan was the need for an immediate reduction in violence. Everything else hinges on that.”

It was Gen Milley’s second unannounced meeting with the Taliban’s negotiating team, AP said, following a first meeting in June, also in Doha. Both meetings were kept off the record until Thursday. US officials have accused the Taliban of stepping up attacks on Afghan security forces, as well as other civilian targets, even as the group’s negotiators meet government officials in Doha. Earlier this week, a deputy governor of Kabul was killed by a so-called sticky bomb attached to his car, security officials say.

Army General Scott Miller, the most senior commander of US and coalition forces in Afghanistan, told AP the attacks were jeopardising the peace process. “The higher the violence, the higher the risk,” he said.

As well as attacking security forces, the Taliban has been accused of assassinating human rights advocates, journalists, and other civilians. Among them was Afghan radio journalist Aliyas Dayee, who was killed last month, also by a sticky bomb. The talks taking place in Doha are the first direct peace talks between the Afghan government and the Taliban, after decades of violent conflict. They follow a deal between the US and the Taliban in February in which the US pledged to withdraw all its troops from Afghanistan by next summer if the Taliban ensured groups including al-Qaeda were not able to use Afghan territory to plot international attacks. But Edmund Fitton-Brown, co-ordinator of the United Nations Islamic State, Al-Qaeda and Taliban Monitoring Team, said in October that the Taliban had promised al-Qaeda in the run-up to the US agreement that the two groups would remain allies.

“The Taliban were talking regularly and at a high level with al-Qaeda and reassuring them that they would honour their historic ties,” Mr Fitton-Brown said.

US-led troops have been present in Afghanistan for nearly two decades, since launching air strikes to oust the Taliban in 2001 in the aftermath of the 9/11 al-Qaeda attacks in New York. The 19-year conflict is the longest in US history.