Russian spies are targeting organisations trying to develop a coronavirus vaccine in the UK, US and Canada, security services have warned. 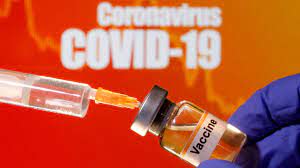 The UK’s National Cyber Security Centre (NCSC) said the hackers “almost certainly” operated as “part of Russian intelligence services”. It did not specify which organisations had been targeted, or whether any information had been stolen. But it said vaccine research had not been hindered by the hackers. Russia has denied responsibility.

“We do not have information about who may have hacked into pharmaceutical companies and research centres in Great Britain. We can say one thing – Russia has nothing at all to do with these attempts,” said Dmitry Peskov, a spokesman for President Putin, according to the Tass news agency.

One expert said it was “plausible” that, despite the Kremlin’s denials, Russian spies were involved. “The received wisdom is that in cyber-space, attribution is difficult but not impossible,” commented Emily Taylor from the Chatham House think tank. “Usually the security services are much more hedgy in their language if they think there is any doubt. “Cozy Bear [the named group] has been implicated in past cyber-attacks and has left quite a trail, and there are fairly good links to the Russian state itself.”

The UK, US and Canadian agencies said the hackers had exploited software flaws to get access to vulnerable computer systems, and had used malware called WellMess and WellMail to upload and download files from infected machines. They are also said to have tricked individuals into handing over login credentials with spear-phishing attacks.

But one cyber-security expert said the Russians were unlikely to be the only ones involved in such a campaign. “They have lots of people, we have lots of people, the Americans have even more people, as do the Chinese,” commented Prof Ross Anderson from the University of Cambridge’s Computer Laboratory. “They are all trying to steal this kind of stuff all the time.”

The report includes recommendations that can help protect organisations from cyber-attacks.

UK Foreign Secretary Dominic Raab said: “It is completely unacceptable that the Russian intelligence services are targeting those working to combat the coronavirus pandemic. “While others pursue their selfish interests with reckless behaviour, the UK and its allies are getting on with the hard work of finding a vaccine and protecting global health.”

On Thursday, the UK government also said Russians had “almost certainly” sought to interfere in the 2019 UK general election through illicitly-acquired documents. “We worked very closely with our allies to ensure we would take measures to keep that information safe,” said White House spokeswoman Kayleigh McEnany, “and we continue to do so and we are aware of those activities.”