The security service MI5 has been criticised by a government watchdog for “unlawful” storage and handling of large amounts of data. 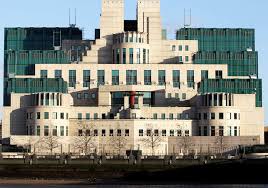 In the High Court, the Investigatory Powers Commissioner said MI5 was effectively in “special measures” over its use of data obtained under warrants. Some of the data will have been part of counter-terrorism operations.

Civil rights group Liberty said many of the warrants were “probably unlawful”.

A ruling by Lord Justice Sir Adrian Fulford, who oversees MI5’s use of data as Investigatory Powers Commissioner, revealed a “historical lack of compliance” with the law in the way it retained and deleted data. The data was gathered under warrants granted by judges on the understanding that the security services comply with the Investigatory Powers Act – the so-called “snooper’s charter”.

Placing MI5 under “special measures” because the breaches were of “such gravity”, the commissioner said that in future the security service will have to show its systems are fit for purpose “to a greater degree than usual” when applying for warrants.

The data gathered and stored by MI5 includes targeted interceptions, hacking of phones and mobile devices and bulk data gathering, which will include vast amounts of information generated by the general public by their internet use and other communications.

Lawyers for the civil rights pressure group Liberty, which brought the case to the High Court, argued that many of the warrants granted to MI5 to carry out their work were “probably unlawful”.

Documents presented in court showed that senior members of the security service were aware in 2016 that there were serious issues with the management of data.

In April this year, MI5 informed the Home Office and Number 10 of the concerns, but were criticised by the commissioner for not reporting them earlier.