Victims are no longer reporting some crimes to police because so many offenders are never brought to justice. 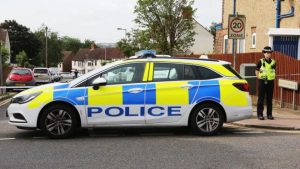 A new report said the public are losing faith in the criminal justice system and have “rumbled” that police do not have the capacity to investigate.

The constabulary inspector said a suspect was charged in just 7.8% of crimes in England and Wales in the year to March 2019. The Home Office said action should be taken if forces are not performing.

It came as a report by the spending watchdog warned the government could run out of prison places in two years because of tougher sentencing measures, combined with a drive to recruit 20,000 police officers.

The National Audit Office (NAO) said ministers have failed to deliver a promised 10,000 new prisoner places. But the Ministry of Justice said it would “always have enough prison places”.

Differences in the way police forces carry out investigations, rising demand and falling resources in some areas means people face a postcode lottery getting justice, Her Majesty’s inspector of constabulary said. Matt Parr said the public has “rumbled” that the police do not have the capacity to deal with common crimes, such as burglaries or car crime, and have given up reporting incidents to police. “I think particularly in the volume crime area the public has rumbled that the police capacity to deal with this is extremely limited.”

“There are some strikingly low figures about car crime resolution, meaning most of the public simply give up reporting it because the chances of anything positive happening are so slim.” “The country is just short of investigators,” he said. “There’s lots of forces that haven’t got enough detectives – therefore, very often, crimes aren’t allocated to the right people to investigate.” “They are not supervised properly and the people that investigate them haven’t had as much training as we’d like. And the net result is, as we’ve seen, under 8% of recorded crimes getting a suspect charged.”

Mr Parr added that “policing across England and Wales is largely in good shape” but that “we cannot ignore that forces are providing services under the twin pressures of rising demand and failing resources”.

A suspect was charged in just 7.8% of crimes recorded in England and Wales in the year to March 2019, down from 9.1% the previous year; the proportion of crimes closed because the victim did not support a prosecution rose to 22.6% from 20%.

Lucy May Walker, a licensed busker, was performing in London’s Euston Station when a woman stole €20 (£16.95) out of her collection box. “I just watched her run away and thought ‘I’ve just been robbed’… for me, I didn’t think police straight away,” she said. “I just feel like the police – for just twenty quid – were not the first port of call. I think they [the police] are overstretched as it is,” she said.

The Home Office said inspectors had found many police forces were performing well and that it is “giving police the resources they need”. “In areas where services are not up to scratch, we expect police to take action and implement the inspectorate’s recommendations at pace,” a spokesperson added.

Meanwhile the National Audit Office has found the government has so far only increased prison places by 200, despite a pledge in 2016 to deliver 10,000 places over four years. The NAO’s report said the building programme was delayed because of disagreements about funding. It found 3,000 places were still under construction. There are currently more than 83,000 people locked up – and the number is forecast to increase.

The report said analysis by the Ministry of Justice (MoJ) showed that from October 2022, demand for prison places could begin to outstrip supply, as an increase in police officer numbers potentially leads to more offenders being caught.

Further pressures are expected because of sentencing reforms, with the most serious offenders spending longer periods behind bars.

The NAO report also criticised prison conditions, with poor safety reaching “record levels” and “huge maintenance backlogs”.
Ministers have announced a new £2.5bn prison building programme but the NAO said no timetable has been set and the 10,000 places which they have again promised may not be enough to keep up with the expected rise in the prison population.

The Ministry of Justice said it recognised the need to invest in maintenance and safety and pledged to spend an additional £256m to carry out improvements over the coming year.