The FBI will join an investigation into the death of a police officer from injuries sustained during the pro-Trump siege of the US Capitol, authorities say. 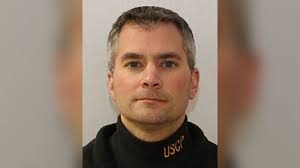 Acting Attorney General Jeffrey Rosen said no resources would be spared to hold those responsible to account. Flags over the Capitol were lowered in the officer’s honour on Friday.

Sicknick’s death was the fifth linked to Wednesday’s riots, which have led to calls for President Donald Trump to be removed from office.

Air Force veteran Ashli Babbitt was shot by a police officer, while three others died after suffering unspecified medical emergencies.

The chief of the US Capitol Police (USCP) said more than 50 law enforcement officers had been injured during the siege. In a statement, the USCP said Sicknick died at approximately 21:30 local time (02:30 GMT) on Thursday “due to injuries sustained while on duty”. He was responding to the riots at the US Capitol when he was injured, the force said. “He returned to his division office and collapsed. He was taken to a local hospital where he succumbed to his injuries,” it said.

Citing two law enforcement officials, the New York Times reported that Sicknick was struck with a fire extinguisher at some point during the breach of Congress. However, reports of an attack haven’t been confirmed.

On Friday, Mr Rosen said the FBI and Washington police would jointly investigate Sicknick’s death, although he did not say if it would be treated as suspected murder. US broadcaster CNN, citing a law enforcement official, reported that federal prosecutors were planning to open a murder investigation.

Sicknick was born the youngest of three brothers in South River, New Jersey. He “wanted to be a police officer his entire life”, his brother, Ken Sicknick, said in a statement. “Brian is a hero and that is what we would like people to remember,” his brother said.

Sicknick joined the Capitol Police in July 2008 and most recently served in the department’s First Responder’s Unit. Prior to that, he served in the New Jersey Air National Guard, which he joined in 1997. He was deployed to Saudi Arabia in 1999 in support of Operation Southern Watch, and in Kyrgyzstan in 2003 in support of Operation Enduring Freedom, the Iraq War. He was honourably discharged in 2003.

“Staff Sgt Sicknick’s commitment to service and protect his community, state, and nation will never be forgotten,” the New Jersey National Guard said.

The White House and senior politicians, both Democratic and Republican, have been paying their respects to Sicknick.

Democratic House Speaker Nancy Pelosi ordered the flags at the Capitol building to be lowered to half-mast. “The violent and deadly act of insurrection targeting the Capitol, our temple of American democracy, and its workers was a profound tragedy and stain on our nation’s history,” she said in a statement.

A spokesman for President Trump said that he and his “entire administration extend our prayers to Capitol Police Officer Brian Sicknick’s family as we all grieve the loss of this American hero”. Virginia Democrat Don Beyer has called for Sicknick to lie in state in the Capitol Rotunda, saying “he made the ultimate sacrifice” to protect lawmakers. Republican Senator Marsha Blackburn said she was “truly devastated” by the news. Muriel Bowser, the Democratic mayor of the district of Columbia, paid tribute to Sicknick in a tweet.

Meanwhile, Senator Ted Cruz has faced a backlash after tweeting that Sicknick was “a true hero”. Mr Cruz, a loyal ally of the president, led the campaign in the Senate against certifying President-elect Joe Biden’s election win.

Serious questions are being asked about how such a massive security breach was able to happen at the heart of US government.

The chief of the US Capitol Police, Steven Sund, initially defended his force, but resigned soon after.