A teenager has been arrested on suspicion of a terrorism offence. 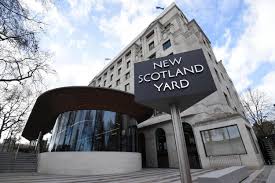 The 18-year-old, from north-east London, was arrested on Thursday morning on suspicion of possessing a document containing information useful to terrorism.

Police said he was being held at a south London station under the Police and Criminal Evidence Act.

A search of an address in north-east London is ongoing, the Metropolitan Police said.