Ministers are aiming to pass emergency legislation to block the automatic early release of convicted terror offenders before the next one is due to be freed in three weeks’ time. 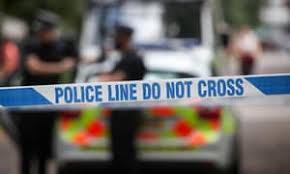 Sunderland shopkeeper Mohammed Zahir Khan, 42, is expected to be released on 28 February after serving half of his sentence for encouraging terrorism. An official said legislation would be introduced to the Commons on Tuesday. It follows attacks in recent months by men convicted of terror offences.

Khan was arrested in 2017 and given a four-and-a-half year sentence in May 2018 after pleading guilty. He had posted a statement on a Twitter account from the Islamic State group calling for attacks. He also admitted a charge of distributing material designed to incite religious hatred after calling for Shia Muslims to be burnt alive.

The government’s emergency measures, which require backing from Parliament, would postpone his release until the Parole Board has given its approval.

Ministers have admitted they are likely to face a legal challenge over the plans and an ex-independent reviewer of terror legislation, Lord Carlile, said blocking early release “may be in breach of the law”. But Justice Secretary Robert Buckland maintained the government was taking the right action, adding: “This is about public protection – it’s the first job of government to get that right.” The measures are being introduced after three recent incidents involving men who had been convicted of terror offences.

On Sunday, Sudesh Amman, 20, stabbed two people on Streatham High Road, south London, before he was shot dead by police. He had been released from jail 10 days earlier, having served half of his sentence, and was under police surveillance. The attack at Fishmongers’ Hall on London Bridge last December by Usman Khan, who had been released half-way through a 16-year sentence for terror offences. An attack on prison officers at Whitemoor Prison last month in which at least one prisoner found guilty of a terrorist offence is understood to have been involved.

On Wednesday, the head of UK counter-terror policing warned the threat from terrorism was not diminishing.

Metropolitan Police Assistant Commissioner Neil Basu, said security services knew Amman “posed a significant risk”. “But with 3,000 or so subjects of interest currently on our radar, and many convicted terrorists soon due to be released from prison, we simply cannot watch all of them, all the time,” Asst Comm Basu said.

The government is aiming for its law change to clear the Commons by the time MPs rises for recess on 20 February and pass through the House of Lords over the following seven days.