British children’s biggest fear is becoming a victim of crime, a survey has found. 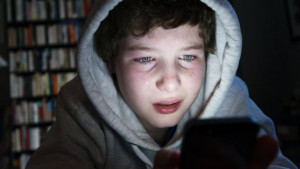 Among 10 to 17-year-olds, almost 40% worry about crime and are particularly fearful of theft, being followed by a stranger or being assaulted.

The Children’s Society’s annual report, which surveyed 3,000 children and their parents, found that overall, levels of happiness continue to fall each year. It wants the government to increase funding for vulnerable children.

After their safety, parental debt and money struggles damage children’s happiness the most, the charity’s annual Good Childhood Report found. Though the fear of crime is widespread, the fear is greater than the reality – with 17% of children reporting that they had been a victim of crime in the last 12 months.

One in three teenage girls are fearful of being followed by a stranger and one in four boys are worried they will be assaulted, the charity reported. Some 24% of children fear become a victim of theft, 20% fear being threatened with violence and 17% are scared of being shouted at on the street.

One teenage girl told the charity: “[They’re] blowing kisses, men beeping, standing asking [your] age, whistling, shouting, stopping vans next to you, asking for [your] number.”

A 13-year-old boy said: “You’ve got to fight to, like, kind of survive around this area. You have to stick up for yourself the whole time.”

Matthew Reed, chief executive of the Children’s Society, said it was “alarming” to see the range of problems young people are contending with. “Teenagers are coming under pressure in all areas of their lives, whether it’s being afraid to walk down their street, worrying about money, or having a parent who’s seriously unwell, and this is damaging their wellbeing,” he said. “Sadly, we know many of these teenagers will only get help if they reach crisis point – such as running away from home, or abusing alcohol or drugs.”

Psychologist Geoff Beattie said social media was a “big player” in making children feel they are in more danger than they actually are. “We can see images of all kinds of horrible things that can happen and they affect our estimates of the probability of those things happening,” he said.

Parents should speak to their children about the possible dangers, he added, but rather than terrifying them, should encourage youngsters to spend less time thinking about what could go wrong and more time out “actually doing stuff”.

Happiness overall has fallen every year since the Good Childhood survey was first conducted in 2010.

Last year, the charity’s report found that girls in Britain were becoming more miserable than boys – and that their sense of wellbeing was affected more by what people thought of their appearance than anything else.

This year, while the gender gap has not improved, anxiety over personal safety has overtaken any other concerns among girls. Nevertheless, the charity said, the majority of children are happy with their lives as a whole.

Ella Brookbank, mother to a 15-year-old boy and a nine-year-old girl, said she thought communication was key. She said: “I don’t think we should be scared of having any kind of conversation with our children. “Obviously it needs to be age appropriate, but we sit at the dinner table practically every day… we talk about our day, we talk about things that they’ve done that are really good, things that they are not so happy about – we’ll just have those open conversations.”

The Children’s Society says there is an increasing gap between the scale of children’s need and the funding available for local authorities to help them and families deal with their problems.

In May, the Local Government Association said services for vulnerable children were at “breaking point”, predicting a £2bn funding gap by 2020. The Department for Education has previously said its reforms would deliver quality care for all children, but had no further comment to add on Wednesday.