There is an ongoing security alert in Londonderry less than 48 hours after an explosion in the city centre on Saturday night. 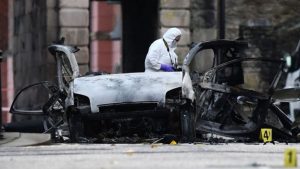 The alert on Circular Road in the Creggan area follows a report of a vehicle being hijacked by three masked men shortly before 11:30 GMT on Monday.

Police said the men reportedly “threw an object in the back of it” before abandoning the vehicle. A number of cordons have been put in place and houses have been evacuated.

A community centre in Central Drive has been made available to people who have been affected. It follows continued disruption around the scene of Saturday’s bomb outside Bishop Street Courthouse.

The PSNI said the attack may have been carried out by the New IRA, a dissident republican group. On Monday, police arrested a fifth man in connection with the bombing.

The 50-year-old man has also been arrested in connection with an armed robbery in the Meadowbank Avenue area of the city last Tuesday.

END_OF_DOCUMENT_TOKEN_TO_BE_REPLACED

Appalling injuries caused by French police riot guns during the yellow-vest protests have triggered anger and calls for the weapon to be banned. 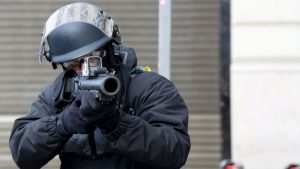 One man emerged from a coma on Friday six days after being hit in the head. France’s human rights chief has called for the weapon’s use to be halted, but the government insists it is deployed only under very strict conditions.

Since the “gilets-jaunes” protests began in November, 3,000 people have been injured or even maimed and thousands more arrested. Peaceful rallies have sometimes ended in violence and vandalism and 1,000 police are among those wounded.

Ten deaths have been linked to the unrest. Nine involved traffic accidents and an 80-year-old woman died after being hit in the face by a tear gas grenade while closing the shutters at her home.

END_OF_DOCUMENT_TOKEN_TO_BE_REPLACED

A gangland hitman who gunned down a crime boss known as “Mr Big” has been given a whole-life sentence. 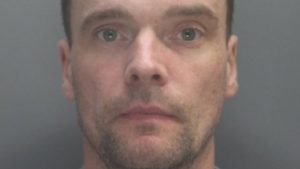 Fellows’ accomplice Steven Boyle, 36, who acted as a “spotter” in Kinsella’s killing, was also jailed for murder. He was given a life sentence and told he would serve a minimum of 33 years behind bars. Both victims were “notorious” criminals, and were murdered as a result of a feud between rival gangs in Salford.

Passing sentence, Mr Justice Davis said: “Whatever the background of Mr Kinsella and Mr Massey, the impact on their families of their murders has been devastating.

“This was execution, pure and simple.”

END_OF_DOCUMENT_TOKEN_TO_BE_REPLACED

A deadly siege by suspected militants in Nairobi has ended after all the attackers were “eliminated”, Kenyan President Uhuru Kenyatta has said. 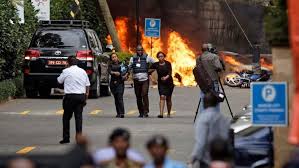 Gunmen attacked a compound in the Westlands district of Kenya’s capital on Tuesday, killing at least 14 people.

The Somalia-based militant group al-Shabab said it was behind the attack.

Two people believed to be linked to Tuesday’s siege on the complex, which houses the luxury DusitD2 hotel, have been arrested, officials said. It is not clear how many attackers there were, but Kenyan police chief Joseph Boinnet told AFP news agency that “five terrorists” had been involved.

Confirming an end to the security operation at Dusit during a televised address, Mr Kenyatta said that 14 people had been killed and many more were injured, but that 700 others were safely evacuated.

He added that “every person that was involved in the funding, planning and execution of this heinous act” would be “relentlessly” pursued.

END_OF_DOCUMENT_TOKEN_TO_BE_REPLACED

More than a dozen churches have been sent “threatening letters” bearing a West Midlands postmark, with one letter warning of a petrol bomb attack. 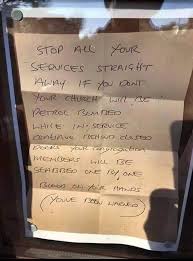 West Midlands Police is investigating and said churches and supermarkets in the region and further afield had been targeted “over a period of months”.

In one handwritten letter, threats were made to “petrol bomb” services and stab congregation members “one by one”. A priest from Sheffield described the letter he had received as “horrifying”.

Parish priest Father Andrew Browne, of St Mary’s Church in High Green, Sheffield, received a letter on 4 January. He said: “It looked like just an ordinary handwritten letter on the outside. “But when I opened it and read what it said, the horror of what it could entail became clear.”Fr Browne said he was told at least 15 letters had been received by churches nationally during a Bishops’ conference last week.

He added West Midlands Police took over the investigation from the South Yorkshire force after discovering all the letters originated from the region.