About 10 people have been killed in an explosion between two underground stations in St Petersburg. 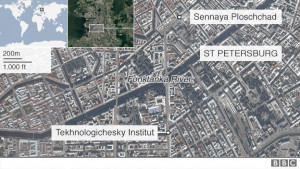 The head of Russia’s National Anti-Terrorist Committee said the blast hit the train between Sennaya Ploschad and Tekhnologichesky Institut stations. Images posted on social media showed a badly mangled carriage, with a number of casualties nearby.

President Vladimir Putin said all causes, including terrorism, were being investigated.

Initial reports suggested there had been two explosions, one at each of the two stations. A spokesman for St Petersburg’s governor said at least 10 people had been killed and 50 injured. But minutes later, Russian National Anti-Terrorist Committee said the death toll was nine, with 20 hurt.

Andrei Przhezdomsky, the head of the committee, said the explosion at 14:40 local time (12:40 BST) was caused by “an unidentified explosive device” but that the exact cause had yet to be determined.

END_OF_DOCUMENT_TOKEN_TO_BE_REPLACED

Somali pirates have hijacked an Indian cargo ship off the coast of the semi-autonomous region of Puntland, officials there say. 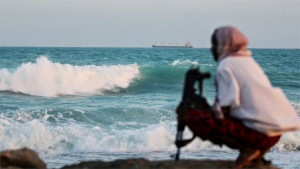 One source said the vessel was heading towards Somali shores. There were no details of the crew or destination.

Some two weeks earlier an oil tanker en route to Mogadishu was seized by pirates who then released the boat apparently without conditions. That incident was the first hijack off the Somali coast since 2012.

The privately-owned Daynile website said that attack happened some 50km (30 miles) south of the port town of Hobyo.

Piracy off the Somali coast – usually for ransom – has reduced significantly in recent years, in part because of extensive international military patrols as well as support for local fishing communities. At the height of the crisis in 2011, there were 237 attacks and the annual cost of piracy was estimated to be up to $8bn (£7bn).

US President Donald Trump has said the United States will “solve” the nuclear threat from North Korea, with or without China’s help. 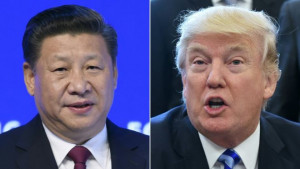 “If China is not going to solve North Korea, we will. That is all I am telling you,” he said in an interview with UK newspaper the Financial Times.
Pressed on whether he thought he could succeed alone, he replied: “Totally.” Mr Trump was speaking ahead of a scheduled visit from Chinese President Xi Jinping this week. “China has great influence over North Korea. And China will either decide to help us with North Korea, or they won’t. And if they do that will be very good for China, and if they don’t it won’t be good for anyone,” Mr Trump told the FT.

Asked if he meant “one-on-one” unilateral action, Mr Trump said: “I don’t have to say any more.” He did not give any further details on what action he would take.

Mr Trump’s brief comments, published just days before the key meeting with Mr Xi at Mr Trump’s Mar-a-Lago resort in Florida on Thursday, are the latest in a series of warnings over North Korea’s nuclear development.

There are fears that Pyongyang could eventually develop the ability to launch long-range nuclear missiles capable of striking the mainland US.