Violence in Paris over the police killing of a Chinese man has left three police officers injured with at least 35 people detained. 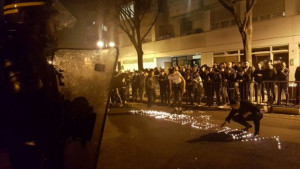 Demonstrators had gathered outside a police station on Monday to pay homage to the dead man. His family denies he attacked an officer with scissors as they responded to reports of a domestic dispute.

A French inquiry is under way. China has made a complaint and is calling for its nationals to be protected.

Father-of-five Liu Shaoyo, who was 56, was shot dead on Sunday night in Paris’s 19th arrondissement (district).

Police say he attacked an officer with a sharp object as soon as he came to the door and the officer was only saved by his bullet-proof vest. Another officer then shot him dead. But the family’s lawyer says it “totally disputes” this account.

END_OF_DOCUMENT_TOKEN_TO_BE_REPLACED

Royal Marine Alexander Blackman has “always regretted his actions” in shooting dead a wounded Taliban fighter in Afghanistan, his wife has said.

Claire Blackman, of Taunton, Somerset, said that if her husband could turn back the clock and change events of 2011, “he would do in a heartbeat”.

The marine’s sentence has been cut to seven years after his murder conviction was reduced to manslaughter. From jail, he told the Daily Mail he felt a “profound sense of relief”.

It is likely he will be released soon because he has already served three-and-a-half years in jail. Blackman, 42, who was initially known as Marine A in court proceedings, was convicted of murder in November 2013.

Earlier this month, his conviction was reduced to manslaughter on the basis of diminished responsibility. His sentence was cut on Tuesday.

END_OF_DOCUMENT_TOKEN_TO_BE_REPLACED

A US-backed force of Syrian Kurdish and Arab fighters has taken control of an Islamic State-held airbase west of the jihadist group’s stronghold of Raqqa. 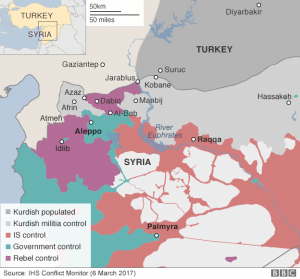 US helicopters airlifted hundreds of fighters behind IS lines at the start of the assault last Wednesday. The airbase’s capture is seen as a significant step in the campaign to drive IS militants out of Raqqa. The SDF is also aiming to seize the nearby town of Tabqa and the Tabqa dam, which the US-led multinational coalition has denied damaging in air strikes.

What Is The SDF?

Kurdish, Arab, Turkmen and Armenian militias opposed to IS established the umbrella group in northern Syria in October 2015. Since then, its 50,000 fighters have seized about 6,000 sq km (2,300 sq miles) of territory with the help of coalition air strikes and special forces personnel. Although the coalition estimates that about 60% of the SDF’s fighters are Arabs, the force is led by the Kurdish Popular Protection Units (YPG) militia. This has caused trouble for the US with a major ally, Turkey’s government. It considers the YPG an extension of the Kurdistan Workers’ Party (PKK), which is banned in Turkey and is designated a terrorist group by the US and EU.

END_OF_DOCUMENT_TOKEN_TO_BE_REPLACED

One person has been killed and 15 others injured in a shooting at the Cameo Night Club in Cincinnati, Ohio. 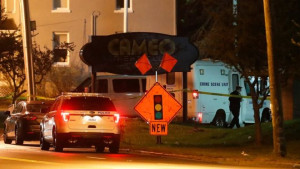 A “dispute” between several men escalated into a gunfight in the crowded venue, Police Chief Eliot Isaac said.

A 27-year-old man died in the incident, which occurred early on Sunday. There was no indication the shooting was terrorism-related, Cincinnati Mayor John Cranley said at a news conference. He went on: “However, to the victims, what difference does it make?”

Police Chief Isaac said a “couple of hundred people” were inside the “very large establishment” when the incident occurred. “Several local men got into some kind of dispute inside the bar and it escalated into shots being fired from several individuals,” he said.

END_OF_DOCUMENT_TOKEN_TO_BE_REPLACED

Former gangster Terry Adams has lost his appeal over how much he must repay from his days of crime. 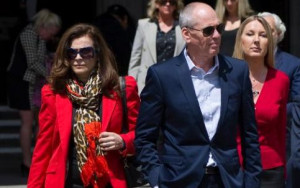 Adams, of the north London gang known as the Adams Family, said he had insufficient funds to repay £651,611. He was ordered to repay £750,000 in 2007 as he was jailed for seven years for money-laundering.

Adams went to the High Court in 2014 to apply for a certificate of inadequacy to reduce the bill, claiming he had no hidden cash.