A man has died of gunshot wounds after he was found injured in a north London cemetery. 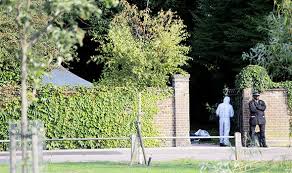 Police have launched a murder investigation after the 22-year-old was discovered in Tottenham Cemetery in the early hours of Monday.

Scotland Yard said the man’s family has been informed but police are awaiting formal identification.

A post-mortem will take place in due course, detectives said. They are asking for the public’s help as no arrests have yet been made.

Detective Inspector Simon Stancombel, of the Metropolitan Police’s homicide and major crime command, said: “At this early stage of the investigation we are keeping an open mind to the motive of this attack.

Some 400 prisoners have escaped from a facility near the Libyan capital Tripoli amid deadly violence between militia groups in the city, police say. 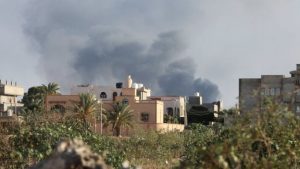 “The detainees were able to force open the doors” in order to leave the Ain Zara prison, the local police said. They added that guards, fearing for their lives, were unable to prevent the breakout following riots at the jail.

Clashes between militias in the city have led Libya’s UN-backed government to declare a state of emergency.

The incident on Sunday took place during armed violence between rival factions around the facility, which houses only male inmates. Many of the prisoners held at the Ain Zara prison in south-east Tripoli were reportedly supporters of the late Libyan leader Muammar Gaddafi, and had been found guilty of killings during the uprising against his government in 2011.

Separately on Sunday, two people were killed and several others were injured when rockets hit a camp in Libya’s capital housing hundreds of displaced people, according to emergency services and witnesses.