A white supremacist who tried to kill a Bulgarian teenager in a Tesco car park has been jailed for more than 18 years. 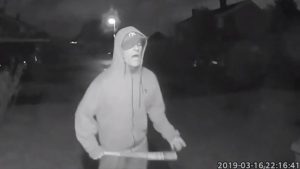 Kingston Crown Court heard Fuller, who admitted attempted murder, had set out to kill Muslims. He had denied a terrorist motive but judge Peter Lodder QC said: “This was a terrorist act.”

Before the attack, Fuller went on a “rampage” with a baseball bat, swinging at cars and shouting racist abuse, the court heard. After trying to force his way into a house, the bat eventually broke and he armed himself with a knife. He approached Mr Mihaylov, who was sitting in a car with his friend, and stabbed him through the open window.

In a Facebook post before the attack, Fuller wrote: “I agree with what that Man did in New Zealand” and “I am English, no matter what the government say kill all the non-English and get them all out of our of England.”

Judge Lodder told Fuller he was “motivated by the cause of white supremacy, and his personal anti-Muslim sentiments”.

He told him: “It was your stated intention to kill a Muslim, which you attempted to do in that stabbing. “I find that it was your purpose to strike fear into the heart of people you described as non-English, in particular Muslims.” The judge added: “It is immaterial that there is no evidence that you were a member of, or subscribed to, to any particular group or organization. “In my judgement a terrorist-related offence may be committed by a person acting alone, on his own initiative, and without any significant planning.”

Fuller, of Viola Avenue, carried out his attack the day after the murder of 51 Muslim worshippers in New Zealand by a white supremacist, who livestreamed most of the shootings online.

A video excerpt of the Christchurch massacre was found on Fuller’s mobile phone, the court heard.