Iran’s most powerful military commander, Gen Qasem Soleimani, has been killed by a US air strike in Iraq. 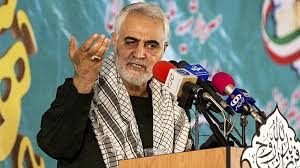 The 62-year-old spearheaded Iranian military operations in the Middle East as head of Iran’s elite Quds Force. He was killed at Baghdad airport, along with other Iran-backed militia figures, early on Friday in a strike ordered by US President Donald Trump.

Mr Trump said the general was “directly and indirectly responsible for the deaths of millions of people”. Soleimani’s killing marks a major escalation in tensions between Washington and Tehran.

Under his leadership, Iran had bolstered Hezbollah in Lebanon and other pro-Iranian militant groups, expanded its military presence in Iraq and Syria and orchestrated Syria’s offensive against rebel groups in the country’s long civil war. Iran’s Supreme Leader Ayatollah Ali Khamenei said “severe revenge awaits the criminals” behind the attack. He also announced three days of national mourning.

Soleimani was widely seen as the second most powerful figure in Iran, behind the Ayatollah Khamenei. The Quds Force, an elite unit of the Iranian Revolutionary Guards, reported directly to the ayatollah and Soleimani was hailed as a heroic national figure. But the US has called the commander and the Quds Force terrorists and holds them responsible for the deaths of hundreds of US personnel.

President Trump, who was in Florida at the time of the strike, tweeted an image of the American flag shortly after the news broke. Tweeting again on Friday, Mr Trump said Soleimani had “killed or badly wounded thousands of Americans… and was plotting to kill many more” and “should have been taken out many years ago”. “While Iran will never be able to properly admit it, Soleimani was both hated and feared within the country,” he said.

A statement from the Pentagon – the headquarters of the US Department of Defense – said Soleimani had been “developing plans to attack American diplomats and service members in Iraq and throughout the region”. “This strike was aimed at deterring future Iranian attack plans,” it added.

Meanwhile, global oil prices have soared by more than 4% in the wake of the attack.

Soleimani and officials from Iran-backed militias were leaving Baghdad airport in two cars when they were hit by a US drone strike near a cargo area. The commander had reportedly flown in from Lebanon or Syria. Several missiles struck the convoy and at least seven people are believed to have died. Iran’s Revolutionary Guards said Iraqi militia leader Abu Mahdi al-Muhandis was among those killed.

Muhandis commanded the Iranian-backed Kataib Hezbollah group, which Washington blamed for a rocket attack which killed a US civilian contractor in northern Iraq last Friday. He also effectively led the Popular Mobilisation units (PM), an umbrella of militias in Iraq dominated by groups aligned with Iran. Most of those killed in the strike belonged to the PM, the organisation said. Soleimani’s son-in-law and a member of the Lebanese Hezbollah were also among the dead, it added.

The Pentagon statement said: “At the direction of the president, the US military has taken decisive defensive action to protect US personnel abroad by killing Qasem Soleimani.” It added: “The United States will continue to take all necessary action to protect our people and our interests wherever they are around the world.”

The drone strike comes days after protesters attacked the US embassy in Baghdad, clashing with US forces at the scene. The Pentagon said Soleimani approved the attacks on the embassy.