Two men seen acting suspiciously in Westminster have been arrested over a suspected terror plot. 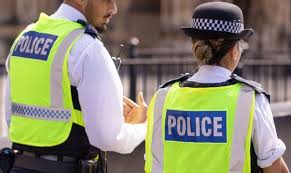 The pair, both aged 34 and from east London, were held in Pall Mall, which connects Trafalgar Square to St James’s Street, shortly after midnight. Officers searched both men and the vehicle.

They were arrested on suspicion of the preparation of terrorist acts, contrary to section five of the Terrorism Act 2006.

The Met Police’s counter-terror unit is leading the investigation.

Commander Richard Smith said: “Every day, police officers are on patrol across the capital, watching for suspicious behaviour and stopping people they suspect may be involved in criminality. “The public can help us continue to keep London safe by being vigilant and reporting any suspicious behaviour to police.”