A teenage boy has been charged with murdering a 16-year-old who was stabbed to death at a south London train station. 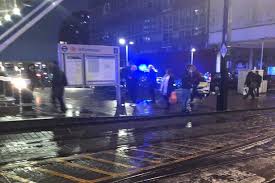 The defendant, also 16 and from Wandsworth, is accused of killing Louis Johnson in an attack at East Croydon station, on Monday.

He was detained by British Transport Police, which has been investigating Louis’s death.

Police said he is due before Highbury Corner Magistrates’ Court on Friday.