A Russian soldier is on the run after he hacked an officer to death with an axe then shot and killed two more soldiers at a base near the southern city of Voronezh, investigators say. 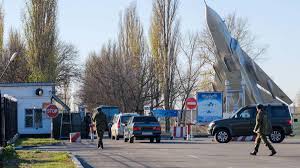 The military is searching for the fugitive – named as Private Anton Makarov – at the Baltimor airbase, the Investigative Committee (SK) says.

The soldier reportedly seized the officer’s pistol, which he used to kill the other two, in the attack on Monday. A fourth soldier was shot and wounded.

RIA Novosti news agency reports that hundreds of Omon and Sobr special forces soldiers are hunting for the fugitive. Voronezh is about 465km (290 miles) south of Moscow. It is not clear why the soldier attacked the officer and opened fire.