Free online training for the public on how to react to a terrorism incident is being made available by police. 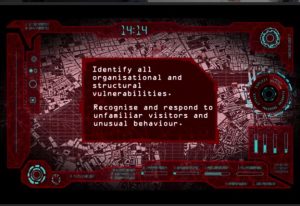 The course devised by UK counter-terrorism officers and experts was previously only open to company staff working in crowded places such as shopping centres.

Police said the move was not in response to the London Bridge attack. But the National Police Chiefs’ Council (NPCC) said the 29 November incident, which left two people dead, was a “stark reminder” of the “ongoing threat and the need for vigilance”.

Users are asked give details including an email and home address in order to register for the course. Registration can then take up to seven days to complete, according to the website.

Deputy Assistant Commissioner Lucy D’Orsi, senior national co-ordinator for protective security at the NPCC, said the course was especially useful for anyone working in or regularly visiting crowded places. “The threat level remains at substantial, meaning an attack is likely, so giving everyone the chance to be extra eyes and ears for police and local security teams helps to keep all communities safe,” she said. “The festive period is obviously a very busy one, so this is a good time to join up and become a CT Citizen.”

She said more than 1.5 million modules have been completed to date.

The UK’s terrorism threat level is currently substantial, meaning an attack is likely. The grading was lowered from severe – meaning an attack is highly likely – on 4 November.
The seven modules aim to teach you the essentials – how to identify security risks and what to do about them.

Actors play out scenarios in most sections, before you’re asked to flag risks and quizzed on how you should act. The scenarios – including a bomb threat phone call – are all designed to teach you what to do when. Other videos are more direct – do you know how wide to set up a cordon for a suspicious package? 100m for a briefcase, 200m for a car and 400m for a lorry.

The course also features media footage from the aftermath of attacks – including on London Bridge and the Manchester Arena. And a survivor of the Tunisian beach attacks tells how she stayed safe. It is a constant reminder of the course’s central message: the threat from terrorism is real – but you can help reduce it.