A man has been arrested by police investigating threats made to Labour MP Yvette Cooper. 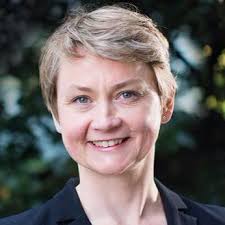 The 59-year-old Leeds man was arrested in Castleford on Friday over alleged threats to the Normanton, Pontefract and Castleford MP.

West Yorkshire Police said the man was held “as a result of information received in relation to alleged threats against a serving MP”. He was bailed pending advice from the Crown Prosecution Service, police said.

The nature of the alleged threat or whether it was made on social media was not disclosed by police. Ms Cooper had previously contacted police after receiving a message she said threatened the lives of her children. The former Cabinet minister received the threat in June 2016 via her Twitter account. It accused her of sending pro-EU “propaganda”, adding: “Please stop or I will kill your kids and grandkids.”

The threat followed the murder of Batley and Spen Labour MP Jo Cox by Thomas Mair, a week before the EU referendum vote.