A man has been arrested at Stansted Airport on suspicion of terror-related offences. 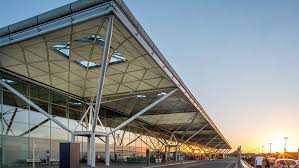 The Metropolitan Police said the 22-year-old was stopped at the Essex airport on Monday at about 17:30 BST. He was arrested on suspicion of encouraging terrorism and dissemination of terrorist publications and taken to a London police station.

Westminster Magistrates’ Court granted permission for him to be detained until Monday.

On Wednesday, he was arrested again on suspicion of collecting information of a kind likely to be useful to a person committing or preparing an act of terrorism.

Magistrates granted a warrant for detention relating to the inquiry into all the suspected offences.