German police have shot dead a man who tried to attack officers with a knife in the city of Gelsenkirchen. 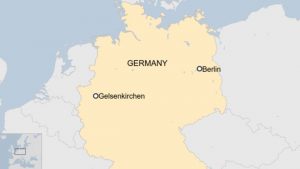 The man struck a police car with an object and attempted to assault officers who were standing by the vehicle, a police spokesman said. He was holding a knife behind his back and refused to cooperate with officers, police told AFP news agency.

The man, who was Turkish, was warned by officers to stop his attack before he was shot, but refused.

The incident came hours after police in France shot and wounded a man who had rushed towards a group of policeman with a knife in the eastern city of Metz.

The local prosecutor’s office said the man was on a list of people monitored for links to militant groups.