The number of killings in London has topped last year’s total and is the highest annual number for more than a decade, police figures show. 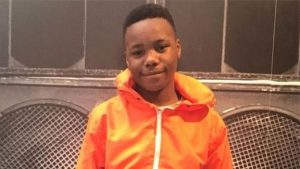 The fatal stabbing of 47-year-old James O’Keefe in Hornsey on Monday took the capital’s 2019’s homicide rate to 142.

The figure, which includes murders and manslaughters, is the highest number since 2008, a year when the Met investigated 154 deaths. The force said a total of 133 homicides were recorded in 2018.

This year’s figure includes 137 homicide investigations by the Met, two by British Transport Police and the two fatal stabbings at London Bridge last month, investigated by City of London Police.

More than half of 2019’s victims were stabbed to death and 23 were teenagers – the highest number of such victims for more than a decade – figures collated by the BBC shows.

“Each one of these cases is a tragedy, not just for the victims, their families and friends, but also for our wider communities who are left reeling by these acts of senseless violence,” a police spokesman said. “Tackling violence is the number one priority for the Metropolitan Police Service. One homicide, one stabbing, one violent incident, is simply one too many.”

Jaden Moodie, 14, was the youngest person to be killed in the capital, in 2019. Ayoub Majdouline, 19 and from Wembley, is currently on trial for his murder. Jodie Chesney, who was stabbed to death in east London, was another teenager to die this year.

The 17-year-old was knifed in the back as she sat with friends in Harold Hill, on 1 March.

Svenson Ong-a-Kwie, 19, and Arron Isaacs, 17, of Barking, were both convicted last month of her murder, following an eight-week trial at the Old Bailey. Lib Peck, Director of the Violence Reduction Unit at City Hall, says the number of those aged in their 20s, who are injured by knives, is beginning to drop. “We are really determined to route out the causes this terrible phenomenon and the importance is that we are really investing in preventative measures.”