The ex-head of the Islamic police in Timbuktu was part of a “reign of terror” in the Malian city in 2012, prosecutors in The Hague say. 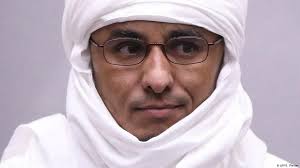 Al Hassan Ag Abdoul Aziz Ag Mohamed Ag Mahmoude refused to enter a plea to the International Criminal Court (ICC) charges, which include torture and sexual slavery. He was a member of an Islamist militant group that imposed strict Islamic law. He is also charged with directing attacks against historic monuments.

These include ancient manuscripts and buildings dedicated to Islam, which the militants considered idolatrous.

Mr Al Hassan was handed over to the ICC in 2018 by the Malian authorities – five years after French troops helped liberate Timbuktu from the jihadists. He is accused of being a key member of Ansar Dine, the militants who occupied Timbuktu in May 2012 – one of several Islamist groups to exploit an ethnic Tuareg uprising at the time to take over cities in northern Mali.

ICC prosecutor Fatou Bensouda told the court that Ansar Dine’s control and domination of the city “was total”. She described Timbuktu under their rule as a place where “everything was forbidden”.

Women could be punished with lashings on the spot for breaking rules such as not wearing gloves at the market, she said. Mr Al Hassan is accused of involvement in forcing girls and women to marry militants.

Many Muslim shrines were also destroyed during Ansar Dine’s rule, which lasted until January 2013 when 4,000 French troops were deployed to help Mali’s army fight back against the militants who were pushing south.

Timbuktu is famous for its distinctive mud and wood architecture. It was a centre of Islamic learning between the 13th and 17th centuries and was added to the Unesco world heritage list in 1988.