Sudan has charged ousted President Omar al-Bashir with incitement and involvement in the killing of protesters, the public prosecutor said in a statement. 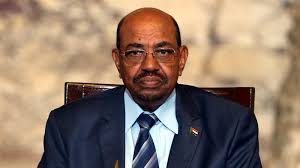 There has been no comment from Mr Bashir since he was removed from office on 11 April.

At the beginning of May he was ordered to appear before a prosecutor for questioning over allegations of money laundering and terror financing.