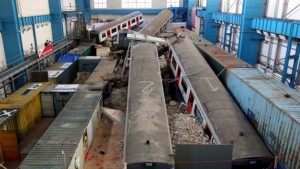 Firefighters, police officers and ambulance staff are facing a scenario based around a tower block collapsing on to Waterloo tube station in London.

Four separate venues in London as well as a disused power station in Dartford, Kent, are being used for the exercise. A total of 2,000 volunteers will act as the casualties over four days.

Disaster victim identification (DVI) teams from all UK police regions are working alongside other forensic specialists during the training exercise, referred to as Exercise Unified Response and co-ordinated by the London Fire Brigade. In total, more than 250 personnel from these teams are working at the scene and in a specially constructed temporary mortuary during the four-day exercise. More than 70 “partner agencies” including local councils, utility companies and specialist search and rescue teams are also taking part, as are disaster victim identification teams from Denmark, Germany, the Netherlands, Belgium, Luxembourg, France, Italy and Spain.

Chief Constable Debbie Simpson, National Police Chiefs’ Council lead for Disaster Victim Identification, said: “When disaster strikes families need to be confident that the authorities are doing everything they can to identify their loved ones in a dignified and respectful way, whilst supporting any criminal investigation.
“It’s not often we get to test working practices on such a scale and it’s really positive to see so many of our European colleagues involved.”