Iran’s top court has confirmed a death sentence for a man convicted of spying for the CIA. 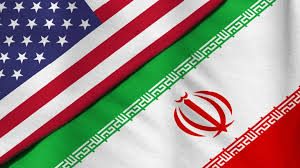 Amir Rahimpour “earned a lot of money” to pass on information about Iran’s nuclear programme to the US, judiciary spokesman Gholamhossein Esmaili said. He added that “two more American spies” had been sentenced to 10 years in prison for espionage and five years for acting against national security.

Mr Esmaili did not name them, but said they had been working for a charity.

There was no immediate comment from the US government or the CIA (Central Intelligence Agency). But in July US officials cast doubt on an announcement by Iran that it had arrested 17 spies who were allegedly collecting information on the country’s nuclear and military sectors for the CIA. The ministry said some had been sentenced to death.

“It’s part of the nature of the ayatollah to lie to the world,” Secretary of State Mike Pompeo said at the time, referring to Iran’s Supreme Leader Ayatollah Ali Khamenei. “I would take with a significant grain of salt any Iranian assertion about actions that they’ve taken.”

The previous month, a former contractor for Iran’s defence ministry, Jalal Hajizavar, was executed after being found guilty of espionage. Hajizavar allegedly confessed that he had been paid to spy for the CIA. And in 2016, Iran executed a nuclear scientist convicted of spying for the US. Shahram Amiri reportedly defected to the US in 2009, but he returned to Iran the following year after claiming that he had been kidnapped and held against his will.

News of Amir Rahimpour’s death sentence being confirmed comes at a time of high tension between Tehran and Washington.

In January, top Iranian general Qasem Soleimani, the head of the Revolutionary Guards’ overseas operations arm, was killed in a US drone strike in Baghdad.