Apple’s head of global security has been charged with bribery. 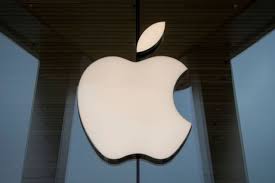 Thomas Moyer is accused of offering bribes in the form of iPads worth $70,000 in order to obtain concealed firearms licenses. The charges were brought by a California grand jury on Monday. Apple did not immediately respond to requests for comment.

Mr Moyer is accused of offering bribes to get them.

Under state law, it is a crime to carry a concealed firearm without a concealed weapon license.

Santa Clara County alleges that Mr Sung held back issuing concealed weapons permits to Apple’s security team, until Mr Moyer agreed to donate $70,000 worth of iPads to the sheriff’s office. The charge sheet states that the plan was scuttled at the eleventh hour in August, 2019, when Mr Sung and Mr Moyer learned of a search warrant to seize the police’s concealed weapon license records.

The two-year investigation concludes that Mr Sung, aided by Mr Jensen in one instance, would hold back on issuing permits, refusing to release them until the applicants gave something of value.

If found guilty those charged could face prison time.

Santa Clara County District Attorney Jeff Rosen said: “Call this quid pro quo. Call it pay-to-play. Call it give to get. It is illegal and deeply erodes public confidence in the criminal justice system,” “When high-ranking members of a law enforcement agency are at the heart of a bribery scheme, it tarnishes the badge, the honour, the reputations and – tragically – the effectiveness of all law enforcement agencies.”