Rogue states and terrorists will get their hands on lethal artificial intelligence “in the very near future”, a House of Lords committee has been told. 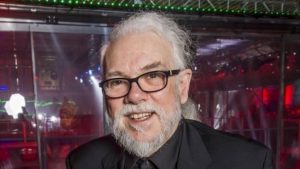 Alvin Wilby, vice-president of research at French defence giant Thales, which supplies reconnaissance drones to the British Army, said the “genie is out of the bottle” with smart technology. And he raised the prospect of attacks by “swarms” of small drones that move around and select targets with only limited input from humans. “The technological challenge of scaling it up to swarms and things like that doesn’t need any inventive step,” he told the Lords Artificial Intelligence committee. “It’s just a question of time and scale and I think that’s an absolute certainty that we should worry about.”

The US and Chinese military are testing swarming drones – dozens of cheap unmanned aircraft that can be used to overwhelm enemy targets or defend humans from attack.

Noel Sharkey, emeritus professor of artificial intelligence and robotics at University of Sheffield, said he feared “very bad copies” of such weapons – without safeguards built-in to prevent indiscriminate killing – would fall into the hands of terrorist groups such as so-called Islamic State.

This was as big a concern as “authoritarian dictators getting a hold of these, who won’t be held back by their soldiers not wanting to kill the population,” he told the Lords Artificial Intelligence committee.

END_OF_DOCUMENT_TOKEN_TO_BE_REPLACED

The police helicopter service in England and Wales fails to get air support to thousands of incidents before they have ended and needs “urgent reform”, a report says. 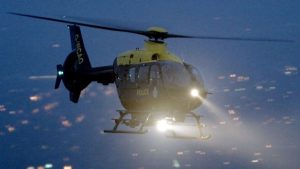 The HM Inspector of Constabulary said helicopter flying hours had nearly halved since 2009, and 24,873 missions were cancelled mid-flight in 2016.

The report also said the cost of flight hours had more than doubled since 2009. It said some forces used drones instead of the National Police Air Service.

HM Inspector of Constabulary Matt Parr said that “urgent reform is needed” to NPAS, which was set up in 2008, and that “there was concern amongst a lot of chief constables”. “If we go on as we are I think we’ll get chief constables and PCCs [police crime commissioners] increasingly dissatisfied with the service,” he said. “It’s got to be quite urgent reform and… wide-ranging reform.” He said that aviation support for police forces was developing, and the use of “drones and fixed-wing aviation” was an alternative to the current system.

END_OF_DOCUMENT_TOKEN_TO_BE_REPLACED

A war crimes appeal hearing in The Hague was cut short dramatically when one defendant drank what he said was poison upon hearing the verdict. 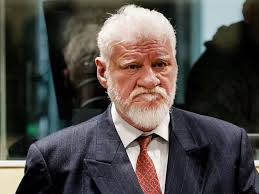 Slobodan Praljak, 72, was one of six former Bosnian Croat political and military leaders up before the court. He was sentenced to 20 years in jail in 2013 for crimes in the city of Mostar. On hearing that his sentence had been upheld, he said: “I have taken poison”.

Croatian media report he has died but the UN court says it cannot confirm it.

The six were attending the final appeals judgment to be handed down by the International Criminal Tribunal for the former Yugoslavia (ICTY).

Though allies against the Bosnian Serbs in the 1992-95 war, Bosnian Croats and Muslims also fought each other for a period of 11 months, with Mostar seeing some of the fiercest fighting.
END_OF_DOCUMENT_TOKEN_TO_BE_REPLACED

Australian police have arrested a man they allege was planning to carry out a terror attack during New Year’s Eve celebrations in Melbourne. 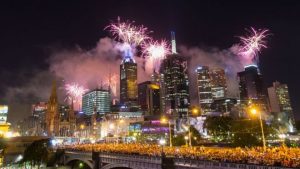 The 20-year-old man will be charged with terrorism offences that carry a maximum penalty of life in prison, authorities said.

Police allege the man had planned to shoot people with an automatic gun at Federation Square in the city’s centre. There is no ongoing threat to the public, police said.

Authorities said the man had not obtained an automatic weapon before his arrest in Werribee, a Melbourne suburb, on Monday. “What we will be alleging is that he was intending to use a firearm to shoot and kill as many people as he could,” Victoria Police deputy commissioner Shane Patton said on Tuesday.

“This is a person who would become particularly energised, for a lack of a better word, when overseas [terrorism] events occurred and would express a great deal of interest in committing an attack himself.”

END_OF_DOCUMENT_TOKEN_TO_BE_REPLACED

A mayor in western Germany has survived a knife attack amid suspicions of a link to his liberal immigration policy. 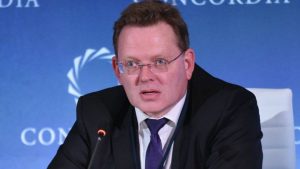 Andreas Hollstein, conservative mayor of Altena, was stabbed in the neck in a kebab shop and had hospital treatment.

The town in North Rhine-Westphalia (NRW) is well known for having accepted more than its quota of migrants. “The security authorities believe that there was a political motive,” said NRW premier Armin Laschet. The mayor is in Chancellor Angela Merkel’s CDU party.

Witnesses quoted by German media said the assailant – now in custody – shouted criticism of the mayor’s asylum policy during the attack on Monday night.

In a tweet, Mrs Merkel condemned the attack (in German). “I am outraged by the knife attack on Mayor Andreas Hollstein, and very relieved that he is able to be back with his family. Thanks also to those who helped him,” she said.